Medicines that are intended for men and women are also tested on men and women. This is a requirement of the licensing authorities and German law. Study results for both genders are compared and are also included in the early benefit assessment that each new medicine in Germany must undergo. 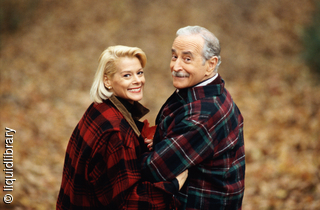 However, if a medicine is only tested on one gender, then an approval is granted only for that gender. For this reason, some medicines used in the treatment of osteoporosis and breast cancer are only approved for women although these diseases can also affect men in rare cases - e.g. in the case of breast cancer in Germany, only about 500 men compared to 70,000 women each year. Another medicine used in the treatment of chronic constipation was initially approved only for women; approval for men was granted only after it had been tested on sufficient numbers of men in additional studies.(1)

Testing medicines on humans prior to approval is dividing into three phases:

Women and girls of childbearing age who are interested in participating in a clinical study must have undergone a pregnancy test to prove they are not pregnant and must commit to using a reliable method of contraception - this applies both to healthy volunteers and patients. Usually, two methods of contraception are required. It is very much in the pharmaceutical company's interest to have both female patients and male patients participating in studies because, the sooner the required number of participants has been enrolled, the sooner drug development will proceed.

Generally, it is only in the first studies of a drug that exclusively healthy male volunteers are usually required. These are studies in which, initially, the "behavior" of the new active ingredient in the body has to be studied, rather than its effect; and this can be best achieved with male volunteers, i.e. without the effect of hormonal fluctuations or contraceptive measures; subsequently, the results have to be tested on women. Accordingly, the proportion of women as a whole in all phase I studies of a drug is only 10 to 40 %.

However, in studies on patients in phases II and III, 30 to 80 % of participants are female (70 to 20 % male participants) if the disease occurs in both genders.

It is particularly the studies in phase III that determine whether there are differences in efficacy or tolerability of a new drug in men and women because many more patients are involved than in the previous phases. It is not necessary for there to be equal numbers of men and women. It is only necessary that a sufficiently large number of treatments can be analyzed in the comparison - which is indeed the case.

Usually there is sufficient equality

In drug trials, statistical differences can actually often be found between men and women when it comes to mean concentration and residence time of active ingredients in the blood. However, these differences are almost always smaller than the individual person-to-person differences. In other words, if one is fat or thin, fit or unfit, if one has young or old kidneys, if one is a smoker or non-smoker - all of these factors are a stronger modifier of the behavior of a drug in the body than the gender of the person.

However, drug researchers have usually succeeded in developing drugs whose effect and reactions are not affected by a slight increase or decrease in concentration and residence time in the body. Their use does not have to be adjusted according to the patient.

In situations where it does matter that the active ingredient concentration is absolutely correct, each patient requires a personalized dose which may even need to be adapted to the situation. This is the case for insulin and some older anticoagulants used to prevent thrombosis and stroke (often called "blood thinners"). Each gender adjustment that might be necessary is dealt with at the same time.

But there are exceptions

In addition, there is a hormone drug used to treat fertility problems (egg and sperm maturation) that has to have a different dosage for men and women.

Further studies on gender differences in the drug effect are vital for discovering more of these exceptions.

The results of the gender-specific analysis of studies on new drugs relevant to licensing are to be found in the dossiers (in each case Module 4; sub-section 4.2.5.5 and 4.3.1). The manufacturers have to submit these dossiers on their new drugs to the German Federal Joint Committee (G-BA) to enable it to carry out an early benefit assessment. They are published on the G-BA website.

For the products assessed and approved by the European Medicines Agency EMA, relevant results can be found under the keyword "gender" in the detailed European Public Assessment Reports (EPARs) (available in English).

For older drugs, the package leaflets and SmPCs (i.e. the more detailed versions of the package leaflets that are produced for physicians and pharmacists) provide information on gender-specific differences if these need to be taken into account in the treatment. In the case of drugs where no relevant differences have been shown, this kind of information is usually not listed - but that does not mean that it would never have been investigated.

You can find further information on this topic in the vfa Position Paper "Inclusion of women in drug research".

(1) The licensing authorities only rarely make an exception. For instance, hemophilia A and B (two inherited coagulation disorders) occur almost exclusively in males; the cause is genetic defects on the X chromosome. Accordingly, it would be inappropriate for girls or women to participate in studies with drugs to prevent these disorders (see also clinicaltrials.gov). Nevertheless, the drugs, which are concentrates containing the corresponding missing coagulation factor, have also been approved for the few female patients.