Some of the infectious diseases that affect above all the poor in emerging and developing countries are referred to as "Poverty-associated, neglected tropical diseases (NTDs)". While they claim fewer deaths there than the "Big Three" (malaria, tuberculosis and HIV/AIDS), they still cause a great deal of suffering. Their geographical distribution is not always limited to the tropics. 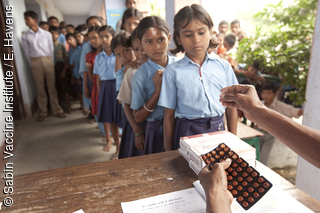 They affect, overall, around one seventh of the world population (some even claim that the figure is closer to one sixth). While NTDs cause the death of approximately half a million people every year, they are also a major contributing factor to disability, bodily disfigurement, stigmatization as well as loss of productivity at school, college and work. Furthermore, there is a close link between NTDs and malnutrition because some worm-based diseases lead to reduced nutrient uptake and iron deficiency and because people who are frightened of infection, abandon the cultivation of fields in areas where the risk of infection is particularly high. 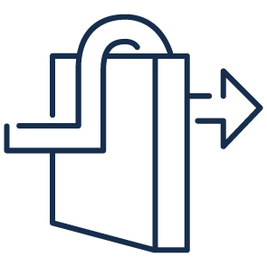 By then, ten poverty-associated tropical diseases are to be regionally eliminated or their incidence reduced. The fight against such diseases will, however, continue. 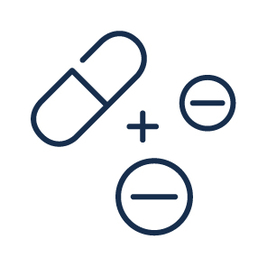 With drugs for more than 1.5 billion treatments a new annual record for donated medicines to treat poverty-associated tropical diseases has been reached.

Foundation of WIPO Re:Search. This organization promotes, among other things, the exchange of research findings, technologies and licenses between companies and research institutes on poverty- associated tropical diseases.

Start of the WHO program fighting paragonimiasis; Novartis is donating the medicine

Start of the WHO program fighting this disease; Merck is donating the medicine

Start of the WHO program fighting fascioliasis; Novartis is donating the medicine 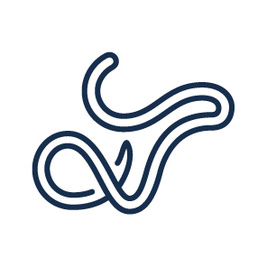 Start of the Initiative "Children Without Worms"; Janssen and GlaxoSmithKline are donating the medicines

Start of the WHO treatment programs; Bayer is donating the medicine

Foundation of the "Drugs for Neglected Diseases Initiative" (DNDi), a product development partnership to develop new medicines, above all, for the treatment of poverty- associated tropical diseases. Numerous pharmaceutical companies have since been involved in the research and development.

Start of the "Global Alliance to Eliminate Lymphatic Filariasis"; the medicines are donated by GlaxoSmithKline, MSD, Eisai and Sanofi

Start of the "International Trachoma Initiative"; Pfizer is donating the medicine

Start of the WHO programs against sleeping sickness; Sanofi (since 2001) and Bayer (since 2002) are donating the medicines, since 2009 also for a new combination therapy

Start of the WHO program for free treatments; Novartis has been donating the medicines (since 2000) 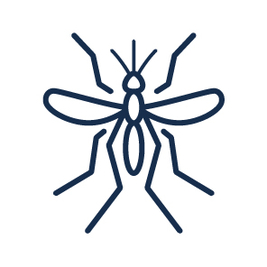 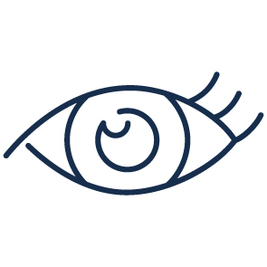 Start of the WHO program for patients suffering from river blindness; MSD is donating the medicine

Therefore, the fight against NTDs and curing those who are affected is not just about ending personal suffering but it also helps to achieve other developmental goals, such as

The list of neglected diseases is long. The World Health Organization WHO has prioritized some of them (2017):

The pathogens or agents causing the diseases are B = bacteria, V = viruses, P = protozoa, F = fungi, W = worms, I = insects or R = reptiles.

For many years, attempts have been made to fight NTDs. The WHO has had a leading role in this process and has been cooperating with governments, aid organizations, medical facilities on the ground as well as pharmaceutical companies. In most cases, the programs focus on the treatment and prevention of infections as well as on informing the population about the diseases.

Pharmaceutical companies make contributions to these programs, in particular by donating medicines. The first drug donation program was started as early as 1987; many others have been added over the years. In many cases, the donation programs are large-scale undertakings; some are even unlimited as far as quantities and timelines are concerned.

The Bill & Melinda Gates Foundation, the WHO, international health organizations, the World Bank, several governments and companies, among them the pharmaceutical companies AbbVie, AstraZeneca, Bayer, Bristol-Myers, Squibb, Eisai, Gilead Sciences, GlaxoSmithKline, Janssen, Merck, MSD, Novartis, Pfizer and Sanofi were and continue to be signatories of the London Declaration.

The companies involved promised to donate medicines for around 14 billion treatments, intensify their drug research as well as boost infrastructure measures and health campaigns. If the promised drugs had been bought at market conditions, they would be worth 19 billion US dollars.

Medicines with the following active ingredients are donated by research-based pharmaceutical companies to fight NTDs:

Generics producer have so far not been donating to NTD programs.

Worldwide more than 1.5 billion people suffer from neglected tropical diseases, some of them are even afflicted by several ones at the same time. In 2016, however, one billion received treatment according to the Fifth Progress Report on the London Declaration (Uniting to Combat Neglected Tropical Diseases [ed.], Reaching a Billion - Fifth Progress Report of the London Declaration, 2017).

In the fight against NTDs, the strategies chosen differ depending on the disease: There is either a focus on extensive preventive treatment or on targeting the treatment of actual sufferers.

Extensive preventive treatments (mostly referred to as "preventive chemotherapy" (PCT) in medical literature although it has nothing to do with the chemotherapy against cancer) only make sense if the necessary medicines need to be used only once (or short-term) and are so well tolerated that one can responsibly administer them to everyone who could be affected even without diagnosing the individual infection beforehand. For example, in regions that are particularly at risk, treatment is provided to all people or school children who are happy to be treated; those who are already infected are going to benefit and those who are not will not be harmed. One example for extensive preventive treatment is the program "Children without Worms" (see box).

For some time now, as part of the national disease-fighting strategies of the countries concerned, several disease-related treatment programs have been combined; i.e. people receive preventive treatment protecting them against five diseases at the same time.

The challenges of PCT are, on the one hand, the organization of the treatment campaigns; many people living in rural areas need to be reached, which is difficult because health care facilities in rural regions are often inadequate. In such cases, the treatment programs often use local structures and rely on the assistance of village communities ("community-based approach").

Another challenge consists in protecting the people who have received a PCT measure as long as possible from reinfection. To this end it is essential to tell the treated patients of ways in which they can reduce that risk themselves. At the same time, the carriers (e.g. flies) can be fought and the hygienic situation be improved.

Children without Worms is a program targeting soil-transmitted worms that is pursued as part of a Public-Private Partnership by the World Health Organization WHO working in conjunction with national health authorities, NGOs and companies. The pharmaceutical companies involved, Janssen and GlaxoSmithKline, are donating the necessary medicines.

Its goal is to rid children of roundworms, hookworms and whipworms that attach themselves to their intestines and lead to anemia, malnutrition, stunted growth and, in some cases, even to death. According to estimates, more than 1.2 billion people suffer from roundworms, more than 700 million from hookworms and more than 800 million from whipworms. All of these are transmitted by human excrement, which in regions without proper sanitary facilities, means that the infections occur through the soil.

As part of this program, however, the organization also introduces measures preventing the children from reinfection; furthermore, the program encourages people to push for better sanitary facilities.

According to the WHO, in 2012 around 29% of all young children and 37% of all school children were treated in areas at risk.

In the case of some NTDs, preventive treatment is not an option because the therapy, having many side effects or being long-term, cannot reasonably be imposed on healthy people. In such cases, the programs must be aimed at finding and treating sufferers (so-called "intensified disease management"). This is how the WHO in conjunction with its partners proceeds when it comes to combatting sleeping sickness and Chagas disease.
In the Democratic Republic of Kongo, for example, teams of doctors drive systematically from village to village, examining all villagers who agree for possible infections. This way, the prevalence of the African sleeping sickness was reduced from an estimated number of 200,000 infected people in 1996 to fewer than 5000 today (documented cases in 2016: 2,184 - the lowest level ever).

Germany's potential in the fight against neglected tropical diseases

In the study named: "The integrated implementation of the fight against neglected tropical diseases - Germany's potential", which was published in 2017, the authors from Kickbusch Health Consult and CPC Analytics stress that the fight against neglected tropical diseases has changed from promoting narrowly focused to more integrated programs that look at several health targets at the same time. In view of this change, they believe that Germany has the potential to be even more engaged than before. After all, the country has years of experience in the strengthening of healthcare and social security systems.