Nobel Prize in Chemistry: Drug molecules made by a "click"

The Nobel Prize in Chemistry 2022 honors three researchers for their pioneering work in the field of click chemistry and bioorthogonal chemistry. The chemical reactions they have developed allow for the efficient linkage of different molecular building blocks and are already being applied in a variety of ways in pharmaceutical research and development. In addition they are also of interest for production. 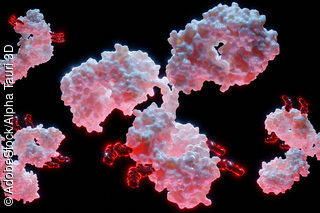 The Nobel Prize in Chemistry 2022 was awarded jointly to Carolyn Bertozzi, Morton Meldal and Barry Sharpless for the development of click chemistry and bioorthogonal chemistry, according to the Royal Swedish Academy of Sciences in Stockholm. In particular, the Nobel Committee recognized the three researchers for establishing fundamental concepts that led to significant advances in linking molecules.(1)

Although the utility of the concepts is not limited to specific fields of application in chemistry, they have been enthusiastically embraced, particularly in the pharmaceutical and biotech industries and in biomedical research. "The methods of click chemistry and bioorthogonal chemistry have brought a quantum leap to drug development," said Dr. Klaus Urbahns, Head of Discovery & Development Technologies in the Healthcare business unit of Merck KGaA, for example, summarizing the significance of the award-winning work. His Merck colleague Dr. Nicolas Rasche, Head of Laboratory ADCs & Targeted New Biological Entities adds: "These technologies not only enable us to gain unique insights into the biology of cells, but also to produce complex drug substances". 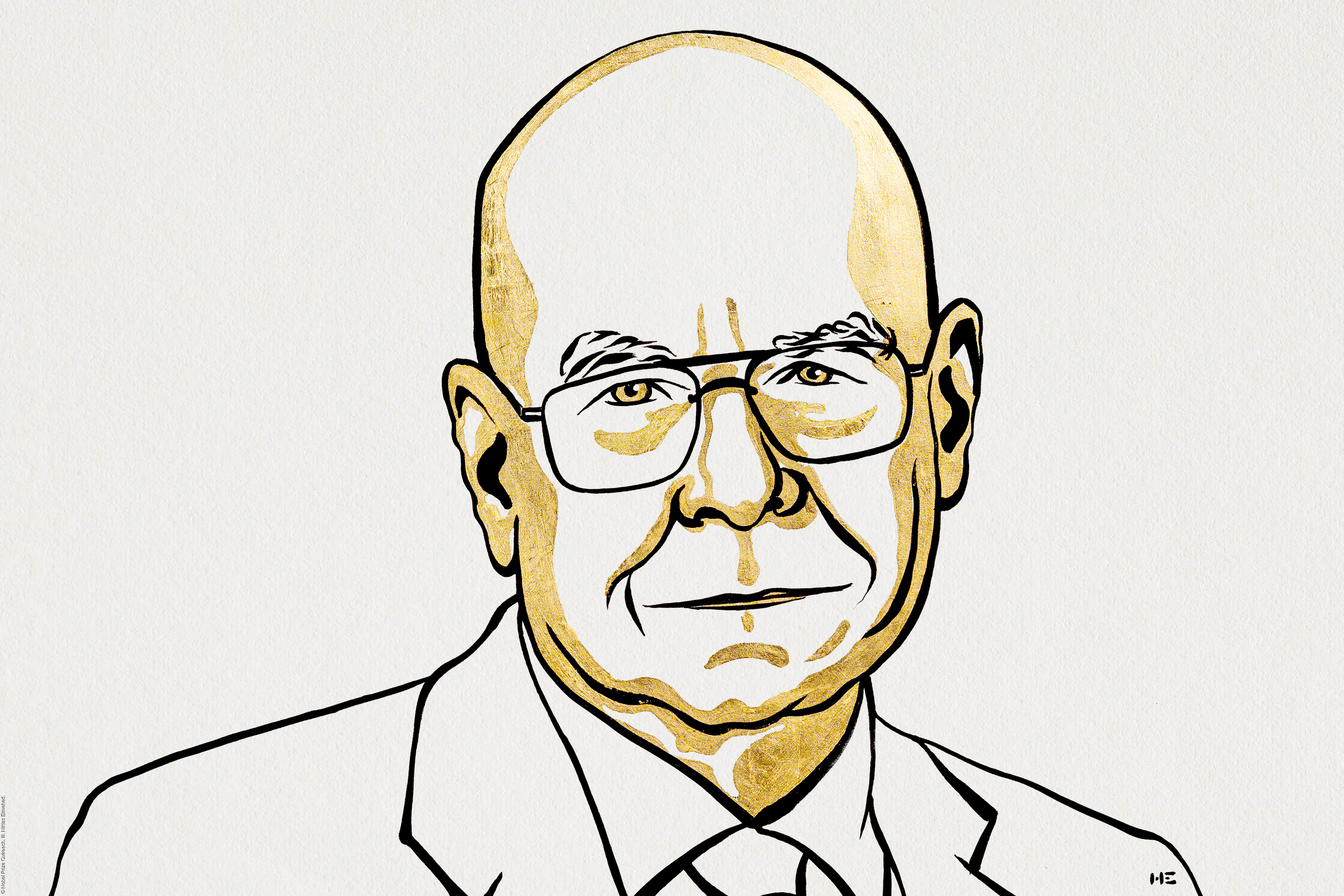 At its core, organic chemistry deals with molecules in which chains or rings of carbon atoms form the basic structure. However, chemists find it particularly interesting when other atoms such as oxygen, nitrogen or sulfur come into play and endow the molecules with special sections; these are also known as functional groups. This is because they give the molecules special properties and their specific reactivity. A functional group can undergo reactions with certain other functional groups, often optionally with more than one, so that in many cases the reactions interfere with each other. A lot of laboratory work is therefore required to link two molecules via their functional groups in a precisely defined way.

Barry Sharpless found that it would be much better if single molecules could be linked much more clearly to form larger molecules - like building blocks with predefined coupling sites. He therefore formulated the principles of click chemistry together with the German chemist Hartmuth C. Kolb (then his postdoc) and their colleague M. G. Finn. According to these principles, chemical reactions should be modular and widely applicable, run under mild conditions without resource-intensive solvents, deliver high yields without interfering by-products, and function extremely selectively.(2)

Organic chemical compounds consist of a hydrocarbon backbone that can carry several functional groups. These consist of a few atoms, often (but not always) atoms other than carbon, for example oxygen, nitrogen or sulfur. They determine the properties and reaction behaviors of the molecules.
In click chemistry, two functional groups are particularly important:

As a first example, Sharpless and his team developed the reaction of azides with alkynes. An azide group consists of a chain of three nitrogen atoms, while alkynes have two carbon atoms linked by a triple bond. When the two groups react with each other, they combine to form a small ring of carbon and nitrogen atoms. Morton Meldal and his team subsequently discovered that the use of copper as a catalyst makes the reaction take place much faster. This reaction is therefore called copper-catalyzed azide-alkyne cycloaddition (CuAAC) and forms the basis for all click chemistry.(3)

Morten Meldal was born in Denmark. He studied and received his PhD in chemical engineering from the Technical University of Denmark. After stints at Cambridge and his alma mater, he has been a professor at the University of Copenhagen since 2004. 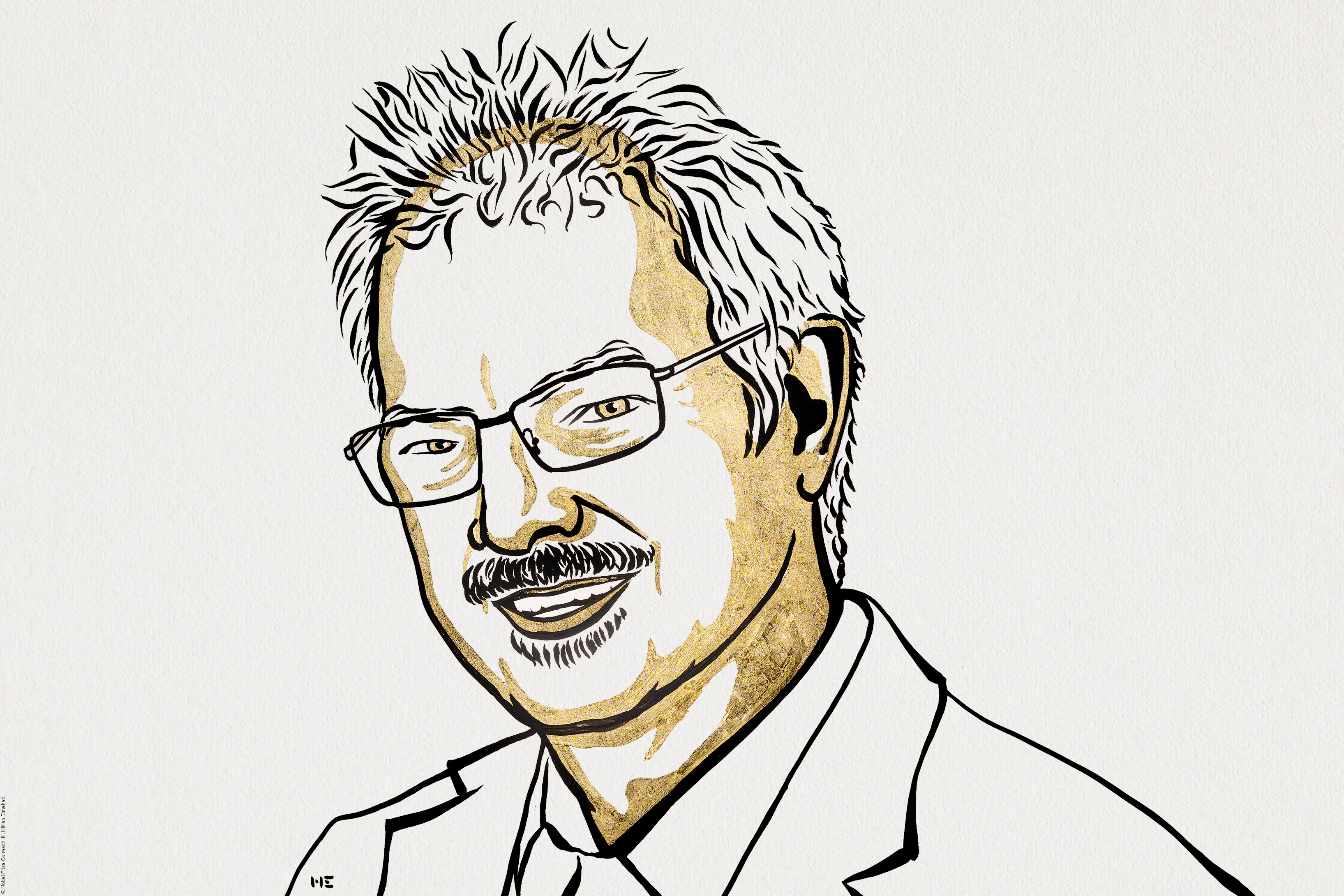 Among the first applications for this reaction was the creation of compound libraries for pharmaceutical drug discovery. These consist of several hundred thousand to millions of different chemical compounds, from which high-throughput screening methods can be used to select molecules that are suitable as rough prototypes for the development of a new active ingredient. This is because the CuAAC reaction makes it possible to produce a large number of new, completely different compounds from a small quantity of different starting substances with little effort. Since the starting substances are combined in different ways via click chemistry, this is also referred to as combinatorial chemistry. "This is precisely where click chemistry can develop its full potential; and this is why it is still used in pharmaceutical companies today," says Urbahns.

Chemistry in the bustle of the cell

Living cells pose a different challenge. Proteins and other large macromolecules such as DNA and RNA are found in close proximity to one another, and they all have a myriad of functional groups that can react differently with other molecules. Given this, chemical reactions cannot be expected to be targeted unless (according to the biological solution to the problem) they occur under the control of specific enzymes. Without enzymes, chemical reactions here normally produce a mixture of molecules that have reacted at different sites. Targeted chemical interventions, on the other hand, require reactions that are selective and not disturbed by the diverse chemical groups of the cellular mixture of molecules.(4)

And this is where the advances in click chemistry come into play again: "It is true that almost all chemical reactions invented by humans also take place in human cells - but one does not: that of click chemistry," explains Urbahns.

In chemistry, orthogonal refers to chemical reactions that do not influence each other. If these also function in complex biological systems (with innumerable functional groups and in water as solvent), one speaks of bioorthogonality.

Carolyn Bertozzi and her team recognized this potential back in the early 1990s and developed the first methods for selective chemical labeling of carbohydrates on cell surfaces. For this pioneering work, she first fed the cells with sugar molecules to which azide groups had been added in the laboratory. The cultured cells use them to build more complex carbohydrates that are part of the cell membrane.

U.S. chemist Carolyn Bertozzi studied at Harvard University before co-founding the field of bioorthogonal chemistry at universities of california at Berkeley and San Francisco. She is currently a professor at Stanford University in California and also leads a research group at the Howard Hughes Medical Institute. She is only the eighth woman to be awarded a Nobel Prize in Chemistry. 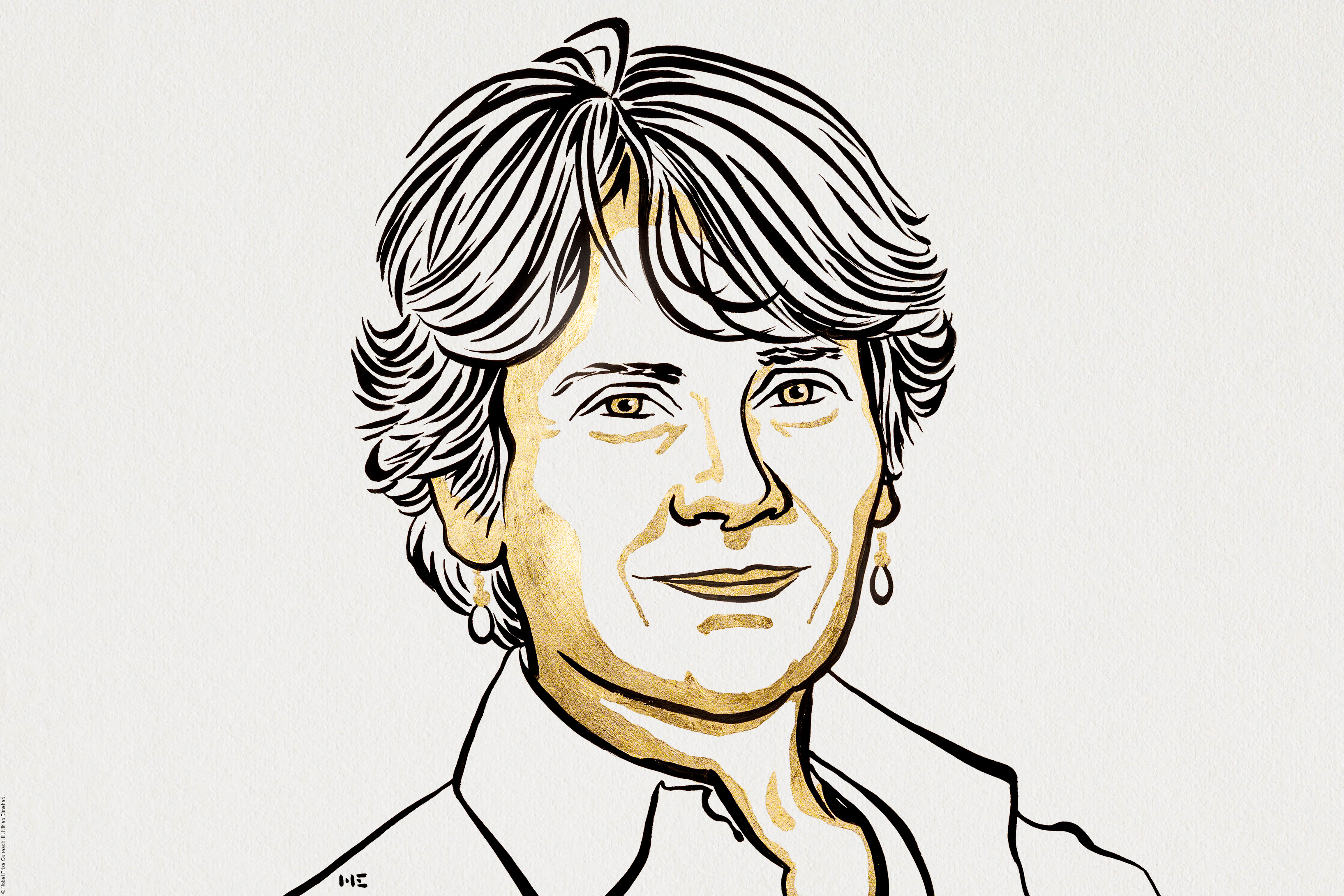 To make these structures specifically visible under the microscope, the team only had to chemically add a matching alkyne group to a dye and apply it to the cells. There, the alkyne group reacts with the azide group on the labeled surface sugars without further intervention. Previously, more complex genetic engineering procedures would have been necessary to achieve such targeted labeling.
Today, there are no limits to the imagination when it comes to selecting the label. Thus, in addition to dyes, molecular sensors, other sugars or drug molecules can be incorporated into specific locations in cells.

Two other aspects are important for the suitability of bioorthogonal click chemistry in living cells: First, the reactions must occur at mild conditions (physiological temperature and pH), and second, no molecules must be used or created that are dangerous to cells. While classical CuAAC click chemistry directly fulfills the first condition, copper catalysis poses a problem.

Because copper acts cytotoxic in high concentrations, it cannot be used in bioorthogonal chemistry. To overcome this hurdle, Bertozzi's team resorted to a trick: they used dyes with ring-shaped alkynes for coupling to the azide-labeled sugars. Such ring molecules (cycloalkynes) are under high binding tension and therefore react more readily than the linear alkynes otherwise used, eliminating the need for a copper catalyst. This method is called strain-promoted azide-alkyne cycloaddition (SPAAC).

SPAAC can also be used to synthesize complex drug molecules. The most prominent example is antibody-drug conjugates (ADC), in which an antibody that specifically recognizes cancer cells and a smaller chemical synthetic molecule, such as a cytostatic, are joined together. The advantages are evident: due to the specificity of the antibody, the ADC is only taken up by cancer cells, but these are killed by the cytostatic drug that is then released. In addition, healthy cells are largely spared, which significantly reduces the side effects of the therapy.(5)

Nicolas Rasche describes the importance of bioorthogonal chemistry for the production of ADC as follows: "Bioorthogonal chemistry enables the efficient and, above all, positionally accurate linking of two worlds, namely biological macromolecules and small organic chemical molecules. This enables a level of accuracy in the synthesis of molecules that was not feasible before." In conventional ADC, the individual antibodies often carried inconsistent numbers of cytostatic drugs, and at different sites as well. Tricks in antibody production combined with bioorthogonal chemistry, on the other hand, ensured that their synthesis produced only those ADC molecules in which cytostatic agents and proteins were linked at precisely defined positions in a constant number.

The first ADCs based on bioorthogonal chemistry are already being tested in clinical trials, including one that Rasche helped develop with his team.

Because of their many advantages, click chemistry and bioorthogonal chemistry have long been firmly established in the toolbox of academic scientists and in the laboratories of research-based pharmaceutical companies. And sustainability aspects also speak in favor of click chemistry. It is no coincidence that the principles of click chemistry formulated by Sharpless overlap with those of "green chemistry," such as the almost complete turnover of starting materials and the avoidance of expensive solvents.(6)

And despite all these successes, the science doesn't stop there. "Although the click chemistry now available leaves little to be desired, further innovations in this field will follow, especially through combination with other technologies," Urbahns and Rasche conclude.